Tuesday.  We are pounding our way through the Blending program.  H. isn’t completely solid on /ah/ /ih/ /aw/ but we have moved relentlessly and started into /uh/.

He pronounced the first /uh/ words with /ih/ (‘hut’ as ‘hit’) and then with /aw/ (‘hut’ as ‘hot’) but I I’m making him focus on the shape of his mouth as he says them aloud, and he is getting crisper and more accurate.  He is still stumbling on some of the consonants.  I praise him continually for working so hard.

I have been pushing H. very hard, in part because time is short, and in part because he seems to be alert and is responding so well.   I tell tutors to use Blending for at most 20 minutes per day, but we work heads-down for 30 minutes, and then do a second 20-minute session later in the morning.  Normally I would tutor two 45-minute sessions per day with a break, we are running three.  The plan is 6-days-per-week.  So far it is working amazingly well, only the third day and even he sees the difference.  And I praise him lavishly for working so hard. 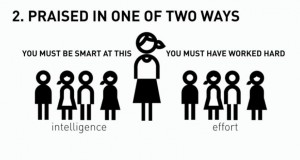 Then I played this short video about the difference between being praised for intelligence and for hard work, and we discussed why Mindset is so important – not just for school and sports, but for almost everything in life.  I told him I had been certain that he would pick the harder book, and he did not disappoint me.  He was grinning from ear to ear.

So we are digging into “Why I Quit Zombie School”.  I am pushing comprehension questions, trying to get H. to fire up his internal model of the story and related it to his world.  For example, the school has a large statue of a bird in the lobby.  “Does your school have a statue? Their soccer team is called the Vultures.  Do you know what a vulture is? (he didn’t)  Does that seem like a good name?  What is your school’s team called?”

One of the female characters has black hair, a purple sweater, and black skirt.  “Describe her?”, and H. echos the text back exactly.  “Don’t you think she is a bit Goth?  What kind of shoes do you think she is wearing?” (not specified in the story).   Oh yeah.  And he seems to be getting it (dark boots, no laces).

He is a pleasure to work with, focused and serious yet still enjoying the stories.  The rapid gains we are making add to the delight.

Be polite and respectful. Stay on-topic. State your position clearly and write succinctly. Provide support for claims. Don't hog the microphone. Strong opinions are OK, but outrage is not. Don't post just to upset others.