These myths are insidious. Some of these myths survive because they have a grain of ‘truthiness’.  Others intentionally confuse cause and effect. We believe some myths simply because other people believe them, or we find comfort in believing them.

But each of these claims is a myth, a falsehood, a dishonest lie.  Collectively they do enormous harm to our kids.

Myth 1: There is no ‘cure’ for dyslexia.
The facts: Dyslexia is not a disease. Given the right kind of teaching, dyslexics can learn to read (and even to spell) just as well as anyone else.

Myth 2: Dyslexics have ‘special abilities’.
The facts: Other than their problems with reading, dyslexics are pretty much the same as everyone else. There is no specific dyslexic ‘profile’. Some dyslexics have exceptional abilities, but exactly the same thing can be said about non-dyslexics.

Myth 3: Dyslexia is a ‘gift’.
The facts: For dyslexics who haven’t learned to read properly, dyslexia is a condition which causes nothing but unhappiness. We have taught over 1,000 pupils, and not one of them has ever had a good thing to say about being dyslexic. One commented, “If dyslexia is a gift, they can have it back”.

Myth 4: Dyslexics have high intelligence.
The facts: Repeated studies have shown that there is very little relationship between dyslexia and intelligence in young children. Our pupils are just as likely to be low-ability as high-ability, and most of them fall in the middle. However, if dyslexics don’t learn to read, their IQs tend to fall behind as they get older.

Myth 5: You can’t diagnose dyslexia in young children.
The facts: Teachers who use intensive phonics can identify dyslexics in the first few days of school. The notion that some children are just ‘late developers’ is pure moonshine.

Myth 6: Dyslexics need specialist professional help.
The facts: You would say this if you invested years in university becoming a specialist. However, almost anyone can teach a dyslexic to read and spell if they have a good program.

Myth 7: Dyslexics should be encouraged to used different strategies to cope with their disability.
The facts: All good readers can decode print to sound. You can’t fudge this question, and attempts to teach alternate strategies are completely misguided.

Myth 8: Children ‘learn to read by reading’.
The facts: If this were so, every child in Britain and the US would be able to read. Giving children books before they have the skills to read them is tantamount to child abuse. You should never force children to make a public display of their incompetence.

Myth 9: Boys are 3 or 4 times more likely to be dyslexic than girls.
The facts: In schools that use intensive phonics, boys actually outperform girls by a very small margin. Boys are far more likely to fail with ‘modern’ teaching methods, but this is not because they are more prone to dyslexia. The methods used in the first term of school are absolutely critical; any kind of whole-word teaching puts boys at a serious disadvantage.

Myth 10: Reversing letters is a good indication of dyslexia.
The facts: If children are taught to form letters properly (something which almost never happens in primary school) they never reverse letters, dyslexic or not. Children who are encouraged to copy letters however they choose—lest their ‘enthusiasm’ for writing be dampened—usually go through a phase of reversing letters or numbers. Dyslexics may take longer to recover from this, which has given rise to this myth.

Myth 11: Left-handedness is a sign of dyslexia .
The facts: No studies have ever found anything more than a very weak link. Most have found none at all.

Myth 12: Dyslexics are clumsy, and have difficulty learning (for instance) to tie their shoes.
The facts: Some dyslexics are indeed clumsy, but most aren’t. Once again, no convincing link exists. Most clumsy children learn to read without trouble.

Much of this article was copied from the website of Promethian Trust, a British charity. 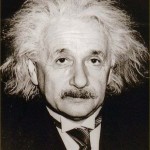 Be polite and respectful. Stay on-topic. State your position clearly and write succinctly. Provide support for claims. Don't hog the microphone. Strong opinions are OK, but outrage is not. Don't post just to upset others.